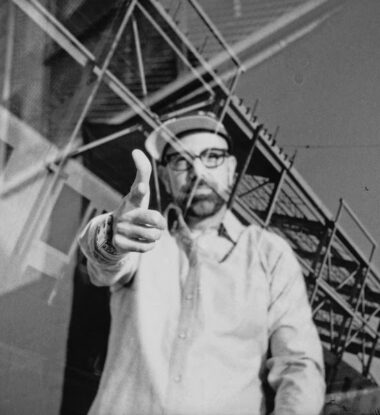 The 1990’s and early aughts were a golden era for hip hop and R&B, and as an original member of Jurassic Five DJ Nu-Mark was there for it all. Fast forward two decades and Nu-Mark is bringing old school back to school with a new project titled “Run For Cover”, focused on reinterpreting songs from this era with live instrumentation from around the world. The first single off the record just dropped last week, and it’s a Middle Eastern take on the classic all-star remix “Pass The Courvoisier” from Busta Rhymes’s 2001 album “Genesis”. Decked out with tons of hand percussion, oud, doumbek, and a full horn section, this track will have you feeling like you’re blasting through the Sahara in a Range Rover. Producer, turntablist and veteran member of the legendary hip hop group Jurassic 5, DJ Nu-Mark is considered one of the most creative on the scene constantly […]