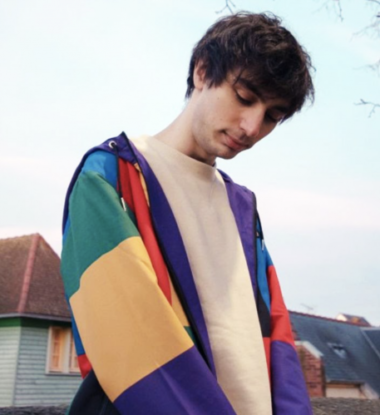 Beauvois (aka Kidswaste) is an eclectic electronic artist/producer hailing from Amiens, France. At just 22 years old he’s achieved over 40 million streams worldwide across DSPs and his music has been used by brands like Apple and Citroën, to name a few. Beauvois is adept at capturing a wide range of moods and emotions in his music, while consistently maintaining a dreamy, gentle, other-worldly quality to it. Elegantly blending a variety of electronic dance production techniques with the sensibility of an indie singer-songwriter, he’s achieved a unique sound that is rich in depth and texture.

Uncompromising, muscular and powerful, the music of Two Fingers is also full of subtle touches, humor and a supple sense of rhythm. Originally formed in 2009, the project was the creation of Brazilian-born electro-jazz/breaks/jungle trailblazer Amon Tobin and U.K. drum’n’bass artist Doubleclick, together with several guest MCs whose contributions are integral to the project. Now just one of Tobin’s many alter egos, Two Fingers brings a fundamentally new and dynamic direction incorporating visceral elements of dancehall, dubstep, and grime. “To the haters who said I’d gone soft, I give a long hard stare and boldly present Two Fingers. -Amon Tobin “FIGHT! FIGHT! FIGHT!” is the title track off an unexpectedly defiant and uplifting new album, featuring collaborations with Ivy Lab, Little Snake, and G Jones.

Brooklyn-based producer BAILE creates texturally rich electronic music inspired by house music, but with a warm, intimate sound rarely found in the genre. The title track on his new EP entitled Winte puts synths in the foreground with minimal vocal textures and oscillating, grungy bass layered underneath. “Leave Me” featuring Kauf is a breathtaking standout, with a soulful indie folk/electronic hybrid aesthetic reminiscent of Bon Iver. Deeply involved in the EDM scene, BAILE has collaborated on remixes with heavyweights such as DRAMA, Sasha, Beacon, Tim Green and Baltra. He has received frequent airplay on KCRW, Pete Tong & Danny Howard (BBC Radio 1), has been featured on Spotify playlists such as Viral Top 50, The Wind Down, Electronic Circus and Kopfkino, as well as Late Night Electronic and The A List: New Artists on Apple Music.