Trevor Hall – “In And Through The Body”

“In And Through The Body”, the brilliant new record by Trevor Hall invokes self-examination by exploring themes such as struggle, growth, and redemption. Produced by Brad Cook (Bon Iver, the War on Drugs, Hiss Golden Messenger) this album sees him taking bold chances with his music while staying true to his core values. Hall uses a palette of genres that span from folk, roots-rock and electronic, all with a consistent wash of authentic far-Eastern influence. “As an artist I’ve always received songs about abstract things. One of the reasons that I love music so much is that I can enter any world, and sometimes I’d write about things that I couldn’t explain in words but were a feeling. I would tend to push away human emotions because I thought they weren’t as worthy as these abstract states. But this album is called “In And Through The Body”. It’s about entering […]

END_OF_DOCUMENT_TOKEN_TO_BE_REPLACED

We’re incredibly proud to announce that Roots singer-songwriter Trevor Hall has signed on for exclusive sync representation with Bodega Sync. The deal covers his entire catalog, including his forthcoming new album, “In And Through The Body”. “Trevor is a really unique artist and it’s a privilege to have his whole catalog to work for sync. We’re especially excited about his new upcoming album, which is really incredible and very different from anything we currently represent.” — Jon Mizrachi, Director of Sync Licensing We’re excited to get to work with him and looking forward to an incredibly bright future ahead. 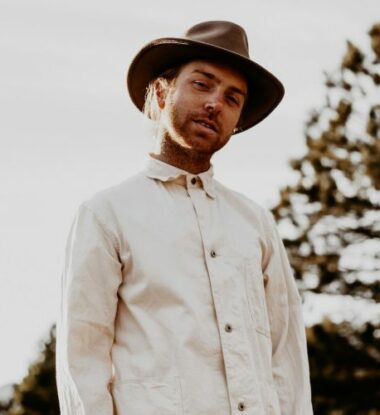 Singer-Songwriter Trevor Hall’s new single “My Own” was written about the power of longing to be together, even when it’s not possible. He reflects, “Even though we may be upset at the pain of separation…that pain of separation is actually a blessing to fuel one’s desire to be united with one’s true love.” The song is both poignant and uplifting, with Trevor’s soulful baritone voice projecting a profound sense of longing and emotion. With a building arrangement featuring a gorgeous backup vocal section erupting in the choruses, this song is clearly cut out to be prime montage material. Raised on an island off the coast in South Carolina, Hall discovered at a young age that music was his passion and life’s art. At sixteen he recorded his first album, soon after which he set out for California where he studied classical guitar and was introduced to the practices of yoga […]